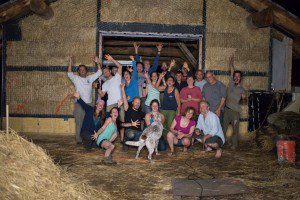 I recently returned home from another amazing straw bale workshop in Arlington, Vermont. This was truly one of the most fun workshops I have had in years. Of course, I always have a blast, but there was something extra fun about this week. Maybe it was the project (it actually started as a headache, but ended as a beautiful structure). Maybe it was…actually, who cares? It was amazing, and that’s enough.

The building will be used as woodworking shop, home brew facility, pottery studio and forge. It will certainly provide years of fun and creativity for the hosts: Tara and Tyler. The heavy timber frame was wrapped in straw bales and plastered with Natural Hydraulic Lime plaster. It was a relatively small class for me (20 people) yet we got a ton accomplished in the seven days we were together.

I’ve included some photos of the project below. As I noted above, the structure was a bit of a headache because it was an exposed frame, natural timber structure that didn’t contain one straight line. In the end though, it was an absolutely beautiful structure and worth every head scratch. What’s more, we had the opportunity to hang 4 large doors totaling 1400 pounds! They are an incredible feature on an already stunning structure. See for yourself below… 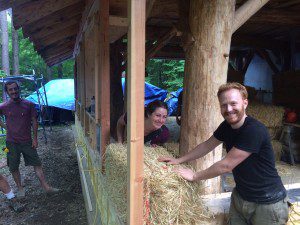 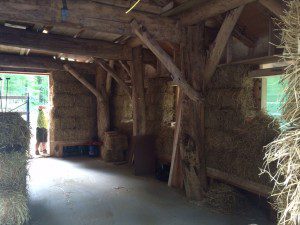 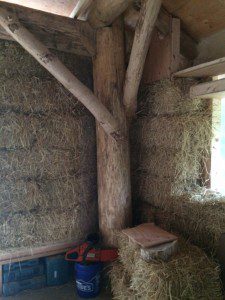 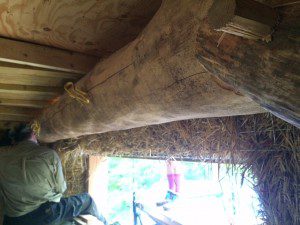 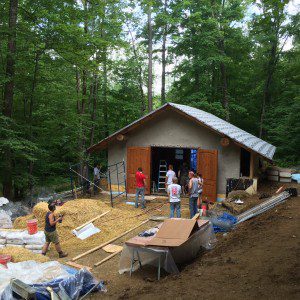 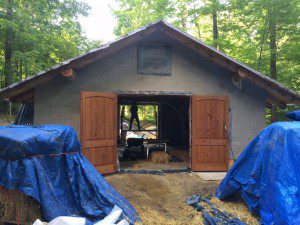 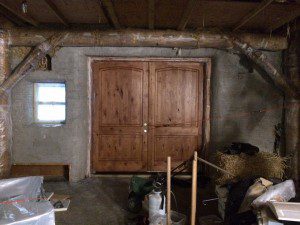