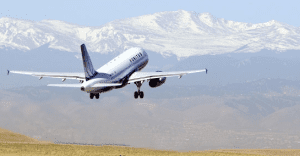 Gabriella and I have noticed a recent surge in new subscribers to StrawBale.com and many who have signed up have contacted us to let us know they are brand new to the world of straw bale construction. We want to welcome all of you here and we figured it would be helpful to give you an introduction to what it’s like to build a straw bale home. It occurred to me that one place I tend to enter into conversation about straw bale houses with folks who have never heard of them before is when I fly somewhere to teach a workshop. Once the person in the seat next to me gets me going it’s hard to shut me up! “So what do you do?” is generally all it takes to trigger a familiar dialogue.

“Wait, you teach people how to build houses out of what? Straw bales? You need to say more about that.” And so it goes…

I always start with benefits that someone new to straw bale construction will immediately appreciate. Things like the fact that a straw bale house can save the occupants around 75% on their heating and cooling bills as compared to a conventional home because bale walls are thick and super insulative. Plaster skins on each side of the walls act as thermal mass which helps to regulate any fluctuations in temperature. Further, straw bale wall systems eliminate almost all of the potential thermal bridging that conventional construction has because the frame is completely encapsulated within the straw, so there is no way for it to undercut the excellent thermal value of the wall system. With utility costs going up and up in most places, the idea of cutting those costs by 75% is pretty darn enticing for most. But I’m only getting started.

“So you’re saying that a house built of straw will save me a ton of money in utility costs? Is it more expensive to build than a conventional house?” 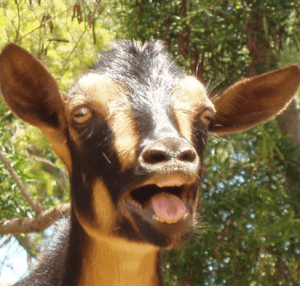 “I’ll have a Heineken and that fantastic, pocket sized pouch of pretzels please.” Now is my chance to really blow people’s minds. I throw this out there: “Not only is a straw bale house more efficient than a conventional house, but it is also three times more fire resistant.” It never fails. I always get what my friend Jim calls the “goat face look.”

If you’ve ever looked a goat straight in the eyes, you know what we mean…a look of utter disbelief. “How is that possible?” is always the response. “I hear about hay barns spontaneously combusting and, well, it’s straw after all, that has to be like crazy susceptible to fire.” If you have ever had that thought, you are not alone.

The fact of the matter is that a properly built straw bale wall assembly is actually three times more fire resistant than a conventional home as shown in ASTM testing. Think of it this way. If you put a flame to a piece a paper, it will burn easily; however, if you put a thick phone book on top of a fire, it will smother it and the fire will go out. It is the same with bale walls. There simply is no oxygen within the wall assembly to sustain flame spread. On top of that put roughly 1 1/4″ of plaster on each side of the walls and you have created a VERY fire resistant assembly.

“Okay, but what about bugs and mold? Surely that’s an issue with a house made of straw.” Actually those are not issues either. Straw is a waste product taken from the field after the grains are harvested so there is no food source left, just dead stalk. Mold is something that every home builder (conventional, straw, or any other technique) needs to be aware of and take steps to avoid.

With straw, we builders know that water is the biggest enemy so we build with exceptional detailing to protect our walls. As long as the structure is well designed and built, it will last lifetimes. In fact, there are straw bale houses that were built 100 years ago that are still in use today. And believe me, the detailing on those houses was nowhere near as good as it is today. 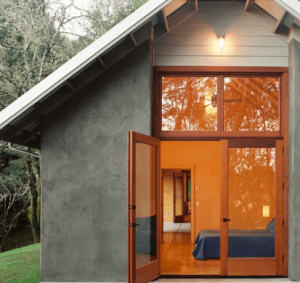 I typically mention that straw bale walls are nearly soundproof and have a feel and ambiance unlike any regular building material that people literally fall in love with. And that straw is a waste material so rather than building a house with a ton of virgin materials, you can build using something that provides a solution to global pollution. But really, the tipping point for people that I introduce to straw bale construction is when they see photos of completed straw bale houses on my iPhone. Nobody can escape the beauty of a straw bale home, especially if they have already been exposed to it’s incredible benefits.

The flight may only have been an hour long, but the person in the next seat’s world has been changed forever. Whether they build a straw bale house in the future or not is not entirely the point.

What matters is that they are now aware of something special that didn’t exist in their reality a short time ago. Whenever the decision to build a new house comes to them, I hope that straw bale will at least remain on the radar and in the forefront of their options. I hope that they will go home and talk to their friends and family about this crazy guy they met on the plane and the houses he builds out of straw.

9 Responses to Conversations on a Plane StrawBale.com