By Andrew Morrison in Codes and Building Officials 31 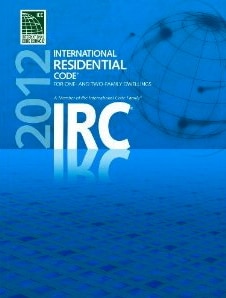 I recently received a call for support from my friends at CASBA, the California Straw Building Association, for the proposed straw bale building code which is being submitted for consideration to the International Residential Code (IRC). I am a big supporter of straw bale codes, and of building codes in general.

Many people think that unusual as they consider codes to be simply the government’s way of extorting money from home builders and home owners. I disagree, for the most part. I’m sure there are codes that step well beyond the bounds of necessity; however, most are in place to protect the people living in the homes they build.

I have seen MANY owner/builders create incredibly unsafe homes because they simply did not understand the risks involved in building and the huge weights and forces that are involved in the construction of a home. I believe that codes do a good job of protecting people whom would otherwise not even know what to look out for.

On another note, more specific to straw bale construction, codes are a huge ally for those of us wanting to build with bales. Inclusion in the IRC  would make getting building approval so much easier anywhere that those codes are enforced. After all, if it is in the code book and your project design meets those code requirements, there is nothing to stop you from getting an approval. It won’t matter if your local building inspector has never heard of straw bale construction or if they think it’s stupid. It won’t be up to them anymore!

I’ve included a PDF version of the draft code for you to review and a call to action to help support the effort to get this code included in the IRC. I’ve also included some details from CASBA entitled “Why is it important to have a straw bale code in the IRC?” I hope you will take the time to get involved and help move straw bale construction forward.

Why is it important to have a straw bale building code in the IRC and IBC? (The current Straw Bale Construction proposal is for the IRC, which applies to one- and two-family dwellings only.  A future proposal for the IBC, which applies to all occupancies, is in development.)

Streamlined Permit and Inspection Process. Virtually all jurisdictions (States, Counties, and Cities) in the United States use the IBC and IRC as the basis for their building codes, and most have no straw bale code. Permitting and inspecting a straw bale project in these jurisdictions can be an ordeal, especially for the first straw bale project in that jurisdiction, or if previous projects had problems. Including uniform, well-­‐developed, and comprehensive straw bale construction provisions in the IBC and IRC would put straw bale wall systems on a national stage and greatly reduce these barriers and delays.

Introduce Current Best Practices. All existing straw bale codes (3 states, 7 cities and counties) are based on the first two such codes, developed in 1995; Tucson-­‐Pima County, Arizona and the State of New Mexico. While groundbreaking at the time, the existing codes are now seen as too restrictive or not restrictive enough, and in some cases don’t address important issues. For example, New Mexico’s straw bale code does not allow load-­‐bearing systems, California’s code allows straw bale shear walls but provides almost no detail (creating potentially unsafe buildings), and none of the existing codes address numerous important structural and moisture-­‐ related issues.

Seventeen years have passed; testing, research, and the design and construction of many hundreds of straw bale buildings has significantly advanced our knowledge and understanding, raising the minimum standards bar. The new proposed code reflects this.

Ensure Regional Variation and Periodic Revisions to Reflect New Best Practices. Code adoption would properly regulate straw bale construction, with a set of standards that assure safe and durable buildings while allowing flexibility for the variations of straw bale construction. Once in place, the straw bale provisions would undergo the same public code change proposal process that each model code undergoes every 3 years, allowing further development and revision that improve minimum standards.

Legitimacy and Wider Acceptance. A straw bale construction section in the IBC and the IRC would legitimize straw bale construction in every realm that relates to buildings: architecture and engineering communities, planning and building departments, the insurance industry, and the financial loan industry. Companies from the latter two have often been known to deny coverage or service after learning that a home has been constructed with straw bales, sometimes citing that “it is not in the building codes.”

Increase Exposure for Natural Building. Inclusion in the IBC and IRC would not only make it easier to build with straw bales, it would also pave the way for other natural building materials and systems that deserve a place in the building codes, such as straw-­‐clay, cob, rammed earth, and bamboo.