By Gabriella in Helping Each Other/Personal Stories, Workshops/Trainings 1

THE HOUSE THAT JACK (AND NANCIE, AND THE KIDS, AND THE FATHER, AND THE NEIGHBORS) BUILT

“When a person really desires something, all the universe conspires to help that person to realize his dream.” –Paulo Coelho 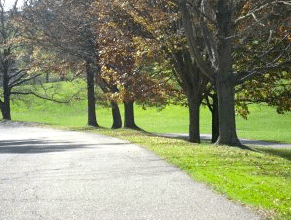 Jack has always had a strong desire to use his own hands to build his and his wife Nancie’s forever home. But, for most of their married years together, they were fulfilled and busy with raising their three kids and supporting the family. Nancie shares that to have built their own home when the kids were younger would have taken too much of their precious time away from raising the family.

The kids are now all grown, living exciting and wonderful lives of their own. The large home in which they raised their beautiful family no longer meets Jack and Nancie’s needs and, in fact, poses several challenges to them. A one acre parcel of land that they fell in love with and purchased in 2007 has been calling to them more and more over the years. That calling has finally culminated in their realized dream of building their own home.

Jack, a union electrician by trade, has always had an interest in alternative forms of construction. Several years ago while visiting their son in Hawaii, Jack and Nancie discovered straw bale construction and with one thing leading to another, this wonderful couple found us through our website. As plans for their build began to firm up, Nancie insisted that “if we are going to do something bizarre like this, Jack had better attend a workshop” which is where we finally met Jack in person. Jack was a wonderful addition to the group in our first Tennessee workshop and he shares that the experience went well beyond simply learning about straw bale construction and that by the end of the week, the group felt like a family. 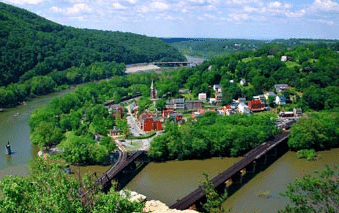 From the first day that Jack and Nancie started working on their house, this build has been a family and community event. Several neighbors have been coming over to help in any way possible.  Their eldest son, despite going to college full time and working part time, has logged numerous hours working alongside his dad to help make their dream happen quickly.  Their youngest son, who has been teaching in South Korea for the last 14 months, will be coming home to help out during the workshop. He hopes to someday build a straw bale home of his own in Colorado. Their daughter Heather (mother to their first grandchild…”the best thing that ever happened” to them) is enthusiastically supporting her parents with their straw bale house build. Jack’s father, Jack Sr., at the young age of 83 has been helping more than anyone else. He says he wants to make sure the house is done before he leaves this “good earth” (though it sounds like he’s not going anywhere for quite a while as he can apparently run circles around 40 year olds).

The Wheeling, West Virginia 7-day straw bale workshop will be an extension of this beautiful community and family spirit that is surrounding the build. Jack and Nancie can’t wait for the workshop because their entire family will be together. In fact, the kids will be helping out throughout the week and will also be doing the cooking for the workshop (one of the sons worked at a restaurant at a 5 start resort in Hawaii). They are also excited to meet all of the participants. Nancie shares that they will “forever be grateful to the workshop participants for helping us get closer to the end of construction.”

Embarking on one’s own home build is a mega project and commitment. To do it alone is possible, but to build with a team of physical and emotional support is the best way to ensure success. We are delighted to be able to support this wonderful family and hope that you will join us too.

One Response to The House That Jack Built