By Andrew Morrison in Green Building/Living 9 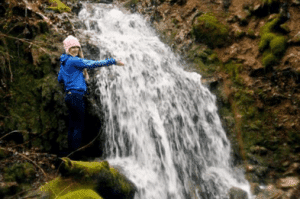 This is a charged blog entry. I am angry and I am speaking out. I am disgusted with the consumption values of the American culture. With over 14,000 people dying everyday from lack of clean water, we in America (I know we all don’t fall into this category, but the vast majority of Americans do) still feel like it is okay to install a shower like the one in the picture above. That should be a crime! The shower above uses roughly 80 gallons of water per minute. We are literally running drinking water down the drain.

There is a recirculating pump on the system, but that does not stop an average person from using 200 gallons or more of water each shower. Consider that over one BILLION people walk at least three miles every day just to gather 5 gallons of somewhat clean water. What’s worse is the fact that the only reason the system has a recirculating pump is because there are no water heaters (other than on demand) that can handle an output of hot water in that magnitude. I am not even sure that an on demand heater could handle that kind of demand. Oh, by the way, you can also use this system with the foot bath which uses a mere 37 gallons of water to massage your feet! That’s important after walking how far to get your water?

Unfortunately, shower units like the one above are becoming more and more common in high end homes. Even more disturbing is the fact that plumbing companies are now making more affordable models so they can be installed in more homes. In many areas of the country, consumers use more water than can be replaced and aquifers and water tables are drying up because of that.

It will not be long before the World runs out of clean, potable water. It IS a finite resource. Too many people are dying and too many people will die in the future for us to run our drinking water over our bodies and into the drain simply so we can relax. That is inexcusable.

I ask you to consider other forms of relaxation. If, for example you like the idea of hot water, consider a solar heated hot tub. If you like high heat in general, an efficient sauna will cleanse your body far better than any shower. We as a culture need to start being accountable for our actions. Not owning a system like the one above is not enough. If I don’t speak out against such systems and inform my clients of the impacts of the systems so they can reconsider their use, I am allowing such systems to gain a foothold in the market and I am therefore responsible for their proliferation. I will not let that happen as much as I can control it from here. I ask you to spread the word about this inexcusable waste.

If you know some one considering a system like this or who already has one, don’t turn a blind eye. Instead, let them know the impacts of their decision. Tell them about the 7,000 children who die everyday because they can’t get access to clean water. I hope that their heart and conscience will not allow them to use such a system any longer.

Andrew has a passion for straw bale construction that is matched only by his desire to teach his knowledge to others. He has a wealth of experience in designing and building conventional, tiny, and straw bale homes. After years of building, he has moved his practice entirely to consulting and teaching. He shares his knowledge with thousands of people via his DVD series, this website and the roughly six hands-on workshops he teaches each year.
View all posts by Andrew Morrison →
To Bale or Not To Bale?
Building Up Plaster in a Straw Bale House Wall

9 Responses to Running Drinking Water Down the Drain