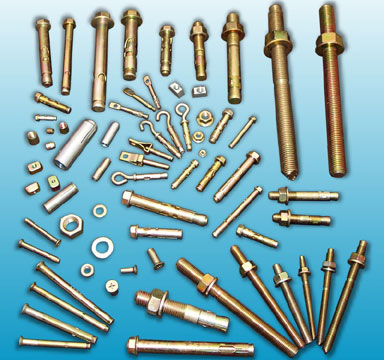 There are so many options for anchor bolts for toe ups these days that it is hard to know what to use. I believe I have found the best option for most straw bale projects. Keep in mind that with both interior and exterior toe ups, there are a LOT of anchor bolts in a bale house. Because of this, expense has to be considered; however, it should not be the main factor. 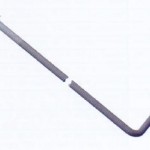 The standard J-Bolt, shown above, is used in most sill/toe up to concrete foundation application. The problem with the j bolt is that it has to be set in place before the concrete is poured. This means that the finishing of the concrete is harder to accomplish in a flat, even surface. Having to trowel around each of the many bolts is a pain, especially those located for the interior toe ups. Secondly, the interior toe ups are not usually installed until later in the building process and so the anchor bolts, sticking out of the foundation, become a major tripping hazard. 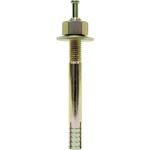 I have moved toward using the above pin style anchors by Simpson Strong Ties® instead of the J-Bolts where permitted by code and or design (be sure to check with your engineer or code official). These bolts are easy to install after the concrete has set up and right before you actually need them. Much safer all the way around in terms of tripping, etc.. Be sure you don’t have any radiant floor heating tubes in the area as hitting one of those when installing a bolt will ruin your day.

Andrew has a passion for straw bale construction that is matched only by his desire to teach his knowledge to others. He has a wealth of experience in designing and building conventional, tiny, and straw bale homes. After years of building, he has moved his practice entirely to consulting and teaching. He shares his knowledge with thousands of people via his DVD series, this website and the roughly six hands-on workshops he teaches each year.
View all posts by Andrew Morrison →
Saving Concrete Stakes From Your Foundation Pour
Australian Fire and Straw – StrawBale.com