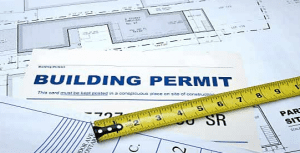 As many of you know from my previous posts, I am a big fan of building permits. I know that sounds weird since so many builders and architects have horror stories about working with building inspectors, but that has not been my experience in most cases. I have had a couple run ins with lousy inspectors who are on a power trip, but they have been few and far between. In the end, even those less than admirable inspectors signed off on our projects and so the long term effects of their annoyance was not measurable.

Over the years it has been relatively difficult, in some areas more than others, to get building permits for straw bale homes. The main reason for this was a lack of education in the building departments. Many inspectors and plan checkers had simply never heard of straw bale construction and they had certainly never inspected one. This is still true in many locations; however, the prominence of bale houses around the world is starting to have a real impact on the number of jurisdictions that are not familiar with bale construction.

Even more exciting is the inclusion of a straw bale construction section in the 2015 International Residential Code (IRC). This newly approved provision will have a large impact on the ability to get permits for bale projects because even if an inspector has not heard of the technique before, you can still point to the code sections that allow for it. Problems solved. I’ll be giving some new information to you all soon from Martin Hammer, one of the people behind the code approval, so stay tuned for that update. In the meantime, keep these bullet points in mind when looking for permit approvals.