By Andrew Morrison in Helping Each Other/Personal Stories 46 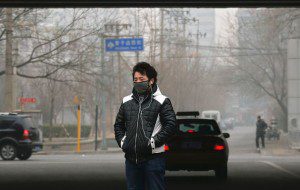 I spent a few hours cruising through online news sources recently to get a sense of what is happening in the world. I try to stay in touch with environmental and health issues as well as home design, spiritual growth & deepening, and other topics close to my heart. Unfortunately, I’m finding that there are more and more articles that concern me about the health of our planet and our people.

Here’s a quote from a recent article from the newspaper The Telegraph. “Shares in a Chinese face mask manufacturer have soared as investors looked for opportunities to cash in on the severe air pollution that has blanketed large swathes of China.” I was immediately impacted by the obvious: the fact that the air quality in parts of China is so bad that many, many people choose to wear masks to stay “safe and healthy.” What hit me later was the disturbing reality that companies, i.e. people, are moving to profit from the situation. It seems to me that investing in technologies to reduce the air pollution is a much better course of action than investing in face masks. 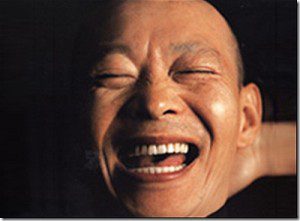 This is just one of many disturbing headlines and articles about our global environment in the news this week. How about “Deforestation Robs Amazon Soil of Life,” or “Sydney Bakes in Hottest Day Ever?” Our planet is clearly changing, and I would argue not for the better. I believe that something has to change or we will define our own demise. And how about our personal health?

A recent British Journal of Sports Medicine study shows that, as I’ve often said, TV actually contributes to the shortening of our lives. Did you know that watching one hour of TV takes 22 minutes off of your expected lifespan? Did you also know that doing one hour of physical exercise actually ADDS two hours of life expectancy? Even better, one minute of laughing adds an astounding 20 minutes to your life! That’s a great investment.

Here’s a quote from the article TV is Killing You in Men’s Health Magazine. “Americans spend about 8 hours per day engaged in sedentary behaviors, such as sitting at a desk, playing video games, talking on the telephone, and watching TV”, says Robert L. Newton, Jr., Ph.D., assistant professor of inactivity physiology at the Pennington Biomedical Research Center. “As a start, we should aim to reduce the time we spend sitting by at least 2 hours every day,” Newton says.

A start indeed. I find that we as a species spend way too much time sitting around, myself included. I run two miles every morning and often spend time practicing ice hockey or walking in the prairie outside my home. Even still, I feel like I spend a large majority of my day in front of the computer, like right now, and I’m lucky in that I work for myself. I can get up and leave whenever I want. Most working people are required to spend hours sitting at their desks all day while at work, and it doesn’t get much better when they get home.

Judging by all the flashing blue screens I see through living room windows in my neighborhood, I would venture to guess that many of the people in the US eat dinner and then relax by watching TV once they get home from work. From one chair to another. So when do they, or better yet let me ask you directly, when do you get a chance to really live? 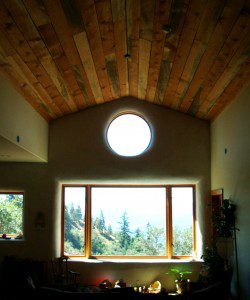 I am not one who lives from a place of fear or who likes to offer it as a motivation to others. Personally, I think that is a poor way to live a life or achieve a goal. In fact, my wife has a hand written reminder above her desk that reads “a life motivated by fear is a shadow.” So I’m not going to focus on how bad things are. Instead, I’m hopefully going to inspire you to be part of the solution.

So back to the title of this article: Straw Bale Construction, Health, and Real Life. You may be wondering how these things tie together and what their bundling can offer us in these less than perfect days. The obvious answer comes in the the form of the advantages of building with straw bales.

The use of waste straw as the insulation helps reduce air pollution by removing straw that might otherwise be burned. Less air pollution may mean less profit for mask manufacturers, but that’s a loss I am willing to support. Another obvious advantage is the super efficiency of a straw bale home. The more efficient our construction methods, the less energy our homes will consume. This can only help reduce emissions and the overall plundering of our natural resources.

What I want to discuss here, and I hope you will join the conversation by leaving a comment below, are the less obvious connections between natural building, our personal health, and ability to live what I call “real life.” First let me describe what I mean by real life in some simple bullet points. 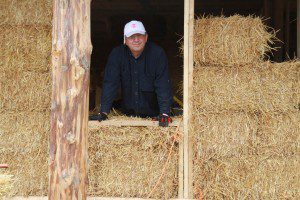 Natural building is very much related and indeed connected to each of the items listed above. Is it possible to build a natural home without connecting with these bullet points? Sure; however, the vast majority of people who build naturally are indeed connected to them and to others like them.

Consider that if you build a truly natural home, you will undoubtably foster a connection with the natural world around the homesite. After all, you will want to know where the best solar gain is, which direction the winds travel, where storms track in from, where shading is helpful, where there is water, and so much more. That immediate connection to nature is palpable and is something that most homeowners today completely ignore to their own peril and the continued destruction of our natural resources.

Let’s look at the repercussions of this behavior, the positive behavior that is. People who connect with and respect nature are much more likely to get outside and enjoy it. Boom, there is bullet point number two covered. How better to enjoy the outside than to play in it? Baddabing, bullet number three. Let’s keep going.

I know that the people in my life who are involved with natural building are more likely to grow their own food or at very least, shop at local grower’s markets. That would land solidly on bullet point number four. This may not surprise you, but people actually talk to each other at grower’s markets. They tend to spend a lot of time chatting, sharing stories and experiences, and growing personal relationships. You guessed it, bullet point number one covered.

The other connections mentioned above work as well. The idea of handling your waste, for example, is simple. Keep in mind that people who build with bales are in fact building with a waste product. They are obviously connected to waste in the system and have decided to use it in order to remove it from the waste stream. As of 1992, according to the US Department of Agriculture, the United States alone produced over 140 million tons of straw. That’s enough to build a LOT of houses.

Some say as many as 4 million a year. Using the waste straw to build effective and efficient housing is one way that people pay attention to planetary waste and people who pay attention to waste streams often care about their own waste as well. I have seen many composting toilets in straw bale homes, and integrated compost and recycling centers in straw bale kitchens are perhaps the norm. I think it is safe to say that not all straw bale home owners have a conscious connection to their waste, but I  believe that the numbers of those who do are much higher in a group of bale home owners than in a group of conventional home owners. 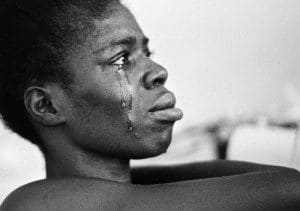 The last two may feel a bit harder to draw a direct line from straw bale construction at first glance. Living a life of true emotions and honesty may be something that cannot be connected to people who build with bales in any scientific study, but I have found in my career that the people I have worked with  seem to be open and honest for the most part.

I find that evening discussions at workshops often turn into personal growth circles with people sharing their dreams, and their grief among many other heartfelt topics. I’ve more than once sat with a group of people who cried deeply as they shared their stories, and I have done the same. Exactly what it is about those interested in building with straw that connects them to being open and honest, I don’t know; however, I have seen it too many times to bother questioning the why anymore. I am just grateful for the experiences I have when I am around such people. 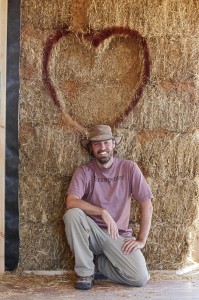 My question for you is: can you find connections to “real life?” Can you find other connections that I have not mentioned here? If not, take a look at what might be in the way of making those connections or others like them. I know that we all want to live the life of our dreams. The problem is that some of us have blockages that get in the way.

What’s crazy is that the things that block us so very often  turn out to be either much smaller in reality than we make them up to be in our minds and/or are the very opposite of the things we truly want in life. Somehow those things become such a habit that we are willing to give up our dreams just to keep the comfort of the habit alive.

The fact that you are connected to this website means that you are not like the general population in at least one way. The fact that you have read this far into the post means that you have an interest in learning more about yourself and deepening your relationship with your personal truths. That’s two pieces of evidence that support the belief that you can connect, via straw bale, to real life and start living that inspired life today.

2012: A Year in Review
Another Straw Bale Workshop Graduate Builds Their Home!